Michael Joseph Jackson is widely considered as the most successful entertainer of all time with sales of over a billion... After his death a storm of Fan flowing followed,which made him the most searched thing on the internet in 2009 and of all time.


Contributed By.. Yasir Nawaz it was 9:11 AM No comments:

Black Or White….or….White and Tastless?? 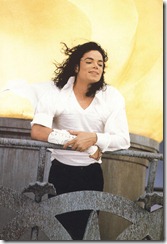 One of the most iconic music videos of all time..Black or White released in 1991 as the lead single of Michael Jackson’s megahit Dangerous album….It generated controversies though due to some over-crotch grabbing..but till date remains his best selling single ever..The Last time it was in spotlight was in 2001 during the Madison Square Garden concerts where it was last performed by Jackson…now its again in spotlights because of a remix that has been a total parody of the original.. 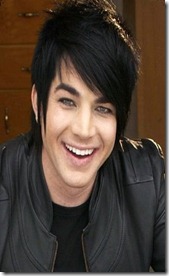 Adam Lambart..or whatever his name is…is the first ever mainstream Gay artist…and his version of black or White..although earned acclaim but was a simple mockery….It seems that though Michael Jackson died..people around him are now making remakes of some of the most classical music pieces ever…first the record breaking We Are The World was rereleased and earned critisism for its incompetence with the original…then Quincy Jones showing interest for making a new Thriller video…it seems people enjoy in making fun of the King Of Pop

Contributed By.. Yasir Nawaz it was 12:00 PM No comments: 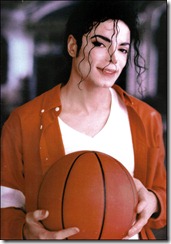 Well we all knew Michael Jackson had some interest for sports..and was the star performer in the 1991 superhit Superbowl.which attracted the largest Cable T.V audiance ever…now almost 19 years later..Fifa President Joseph S. Blatter..has expressed his desire to have the song “Wanna Be Startin’ Somethin” as the official theme song of the FIFA 2014..He said that plans were to include his song “Scream” as the alternate theme for 2010 but things couldn’t be arranged before such a blockbuster event..Expectedly if Jackson does make the 2014 Fifa Tournament than it will be atleast a 34% increase in viewer percentage…the forthcoming World Cup has the song “Celebration Mix” as its song..

Contributed By.. Yasir Nawaz it was 1:40 PM No comments:

Michael being called a homo… 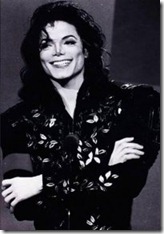 Just recently there was a fuss about the rumour that MJ’s dermotologist Dr.Klein spread that Jackson was a gay..He’s the same man who advised MJ of marrying his assistant Debbie Rowe and also responsible for persuding MJ for a surrogate mother..Michal’s father Joseph has said that, “Klein has betrayed my son like all others have”..rightfully so…and if there’s something wrong..and fishy..this has something to do with the upcoming Michael Jackson shows…lets wait and watch…

Contributed By.. Yasir Nawaz it was 1:30 PM No comments:

You Are Not Alone


More www.chirkutonorkut.com
Contributed By.. Yasir Nawaz it was 10:48 PM No comments: 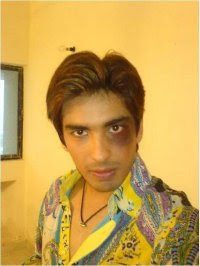 As the wide conflict between MJ fans And Samrat fans kept on escalating, I hate Mohit Sehgal a group against him recieved a huge fan number because of the large number of invitations sent by Yasir Nawaz...in this way he is trying to bring this group forward and use it as a major weapon.....his real ideas are said to be for a video he is preparing for a major settlement of scores with Asad Ullah..the main opponentmean while Asad Ullah has kept on adding Jackson fans, it seems as a huge and unusual step to be so against someone and then adding his fans....but this strategy has so far been fruitless with no major outcome.....

Meanwhile Yasir Nawaz consistantly battled with Shahmir Abbasi alongwith Furqan Uddin who was also insulted by Shahmir, This led to a real hard fight between these three which in the end was won by Yasir and Furqan over what they thought a "COWARDLY" act by Shahmir to hide.........Due to extreme levels of vulgar language used by Shahmir he was also removed fronm Yasir Nawaz's friends list which resulted him in sending a threatening message to Yasir which was replied with a strong contempt and a report to the Facebook team...This whole issue will take a new turn when all of these meet on Monday for their Board exams where some resolve is required....but it is widely believed that Shahmir will have to face heavy and tough time from all the other students who might stalk him

Contributed By.. Yasir Nawaz it was 10:31 PM No comments:

This Is It (Official Video)

A tribute to say one thing.....We Will Alwayz MissYou MJ
Contributed By.. Yasir Nawaz it was 5:47 PM No comments:

War Between Fans and Haterz 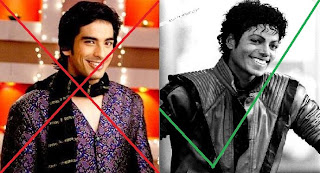 Recently on Facebook, a wide range of war was on between the supporters of the serial Miley Jab Hum Tum actor Samrat or Mohit Sehgal and Michael Jackson...This Fight had been going on for a quiet a long time, it started with comments on photos then turned into a real war when Asad Ullah attacked several girls and called MJ a loser...After this a strong video response followed from the Jackson cap which eventually beat Samrat...Then on the group ~~Pakistanis Who Love Michael Jackson~~ a video of T.D.C.A.U had 378 comments, all as taunts against each other.....which again led to MJ's win....Now recently a group photo on the same group has caused the same conflict which is going on and it seems the result is similar...an MJ victory.........Names of the both camps and supporters are


Contributed By.. Yasir Nawaz it was 5:44 PM No comments: 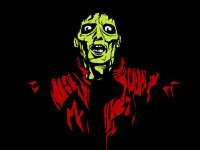 Quincy Jones has told media that he wants to release a new version of the legendary Thriller Video. It comes after the recent We Are The World 25 achieved commercial but less global attention..serving up doubts over his plans of remixeing yet another classic for no means necessary..."I would like to give a Thrill Again to the world in June...I want it to be back....better than before".....No question in the fact that nothing will ever surpass Thriller in any aspect..This may just lead Quincy in further trouble of ruining classics of the late singer Michael Jackson
Contributed By.. Yasir Nawaz it was 11:03 PM No comments:

The King Of Pop said he was better than ever......
Contributed By.. Yasir Nawaz it was 8:25 PM No comments:

Michael Jackson- As an Icon 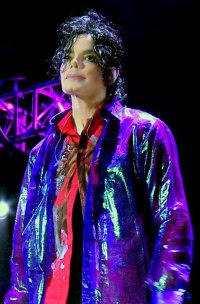 Michael Joseph Jackson (August 29, 1958 – June 25, 2009) was an American singer, dancer, and entertainer. Referred to as the King of Pop, he is recognized as the most successful entertainer of all time and one of the most influential. His contributions to music, dance and fashion, and a much-publicized personal life made him a global figure in popular culture for over four decades.
Jackson made his debut in 1964 as lead singer and youngest member of The Jackson 5 alongside his brothers. His solo career started in 1971 and he produced ten studio albums. The 1982 album Thriller remains the best-selling album of all time, having sold more than 110 million copies. Four of his other albums rank among the world's best-sellers. Jackson is credited with having elevated the music video from a mere promotional tool into an art form. His videos for Billie Jean, Beat It and Thriller made him the first African American artist to amass a strong crossover following on MTV. He popularized a number of complicated dance techniques, such as the robot and the moonwalk. His distinctive musical style, vocal style, and choreography continue to transcend generational, racial and cultural boundaries.
Jackson has been inducted into twelve music halls of fame, more than any other act. He is one of the few artists to have been inducted into the Rock and Roll Hall of Fame twice. Other achievements include several Guinness World Records (including the Most Successful Entertainer of All Time); 15 Grammy Awards (including the Living Legend Award and the Lifetime Achievement Award); 26 American Music Awards (more than any other artist, and including recognition as Artist of the Century); 17 number-one singles in the US (including four as a member of The Jackson 5); and estimated global sales of over 780 million records, making him one of the best-selling recording artists ever. Jackson's personal life and relationships generated controversy for years. His changing appearance was noticed from the late 1970s onwards, as changes to his nose and skin color caused much media speculation. In 1993 he was accused of child sexual abuse, though no formal charges were brought. In 2005 he was tried and acquitted of similar allegations.
Jackson died on June 25, 2009 from a drug overdose, amidst preparations for his This Is It concert series. Before his death, Jackson had reportedly been administered drugs such as propofol and lorazepam. The Los Angeles County Coroner reported its conclusion that his death was a homicide. Prosecutors formally charged his personal physician with involuntary manslaughter. Jackson's death triggered a global outpouring of grief. It was estimated that as many as a billion people around the world may have watched his public memorial service on live broadcast television. On March 16, 2010, Sony Music Entertainment signed a record-breaking $250 million deal with Jackson's estate to retain distribution rights to his recordings until 2017 and release seven posthumous albums over the next decade.
Contributed By.. Yasir Nawaz it was 1:09 PM No comments:

Contributed By.. Yasir Nawaz it was 8:53 AM No comments:

Whats In This Blog